Almost at the end (of the beginning) of a long trawl of fights, debates, pushing of my opinion to be counted. Desperate for my voice to be heard through emails and letters and feeling like I'm holding the worries of the world - though I'm not.. it just feels like that sometimes. 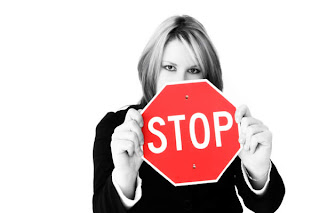 After signing as many petitions, emailing politicians on every topic, I've decided to put all the causes of the world on hold. My seven page hack at a major TV channel and the Advertising Standards Bureau will be submitted with the 60 supporters. Their comments and my inclusion of a government study showing massive HOLES in or lack of policy, codes and restrictions of advertising - will have to wait for me to catch my breath!

Sometimes I think the only reason we get sick (I'm just a bit sick.. it's a "man cold") is  just so we slow down and have time to think, reflect and calm down.. a bit.

So, aside from my fight against what seems the impossible, my irks against misleading the public and researching my fingers raw to find a more affordable, ethical/eco means to household living..... I'm having fun taking my friends to the DOSA HOUSE. Thanks to Jeyanthi and Hugh Fearnley-Whittingstall, I've remembered where some of my delightful happiness lies. In simple, pure, unadulterated food.

First it was my father in law, the next week it was Amanda my amazing and calm sister in law, then one of my favourite down to earth 'say it how it is' friends Kay and this week it was  my close friend who works her butt off for her family and doesn't faint with exhaustion every week (like I would) Maryanne. Every single one of them great company.. and so is Jeyanthi (pictured).

You, you and YOU should come down to the Dosa House with us for a night out (instead of Max Brennar... too much chocolate.. is... ok, good for a stress relief! Maybe we'll alternate). Jeyanthi loved the sound of Max Brennar as made me write it all down so she can go - she loves chocolate :o) 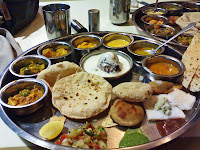 I never thought it would take off when she told me at her market stall about the new shop opening. Who opens a shop with only a few things on the menu?! Well for a one chef place she's busy! South Indians and Sri-Lankans go there when they miss home and want Auntie Jeyanthi's cooking, just like home. Which is alot! I even convinced her into maybe doing a group of us some Thalis.. maybe even with a massive table sized Dosa!! :o)

With it's plastic cups of tap water, maps blue tacked to the wall and flurescent elephant picture, it's a traditional no frill affair.

The three things that keep me going: 1. Jeyanthi's beautiful smile, personality and caring nature 2. the sheer lack of pretense and 3. the food! So good, you don't care if the order's wrong. It's ALL good!