No, Dud isn't a new kind of citrus fruit. This was a batch of Hickson mandarin marmalade. The smell and taste of Hickson's are sooo sweet fresh and delish! I used this at the bottom of muffin tins when making cup cakes. It's going to be yum on a lemon drizzle cake. 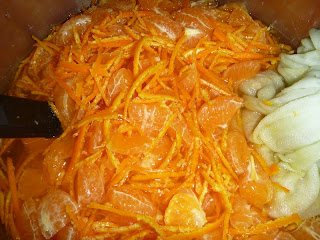 I couldn't help but stick ALL of the peel in. It wasn't bitter. It's the seeds and pith that are in the muslin that make it bitter. They have heaps of pectin which sets the marmalade. 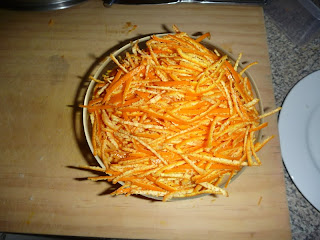 I cooked it for HOURS but it didn't set. I think now it was due to my low cooking point and should have upped it alot. BUT even though it didn't set it's the most delish by far! 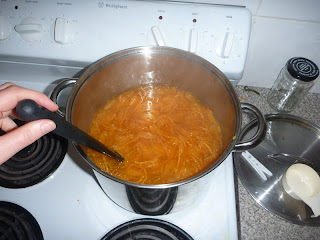 I made some Murcot marmalade the following week and it wasn't as nice. Too much sugar for my liking and didn't have the same taste as the lovely Hicksons.

So I got onto lemon butter instead. In my opinion, the microwave method sucks...... well, lemons. It doesn't have that sharp, delightful zesty taste. So I'm doing it by hand from now on. After we move anyway. Time to pack up.
x