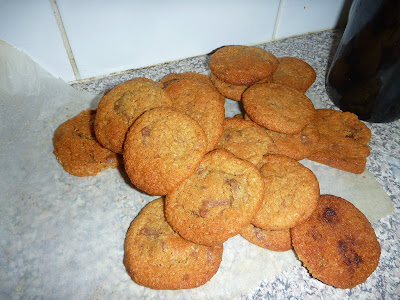 Best shortcut in the world... frozen cookie logs. These are made with coconut and left over Easter egg chocolate. Yummo


The banana mousse made out of those left over bananas that I stuck in the freezer. I think I overdid the cream as it took more gelatine than the recipe. yuuuumo. 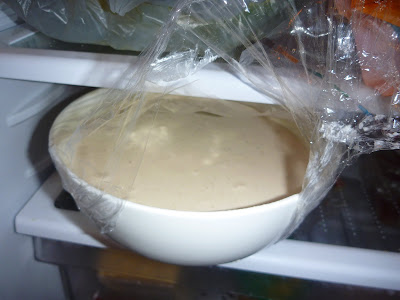 Baby Yohghu-brow smearing yoghurt all over another cross pollinated zucchini from bro and co. (xx!) 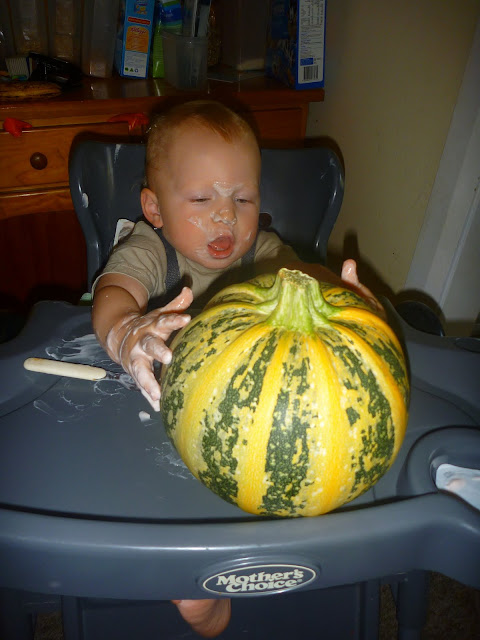 Ok so here's my banana toasted muesli (the original recipe was el blando so I added a cup of honey and some cinnamon DS1 loves it :o) 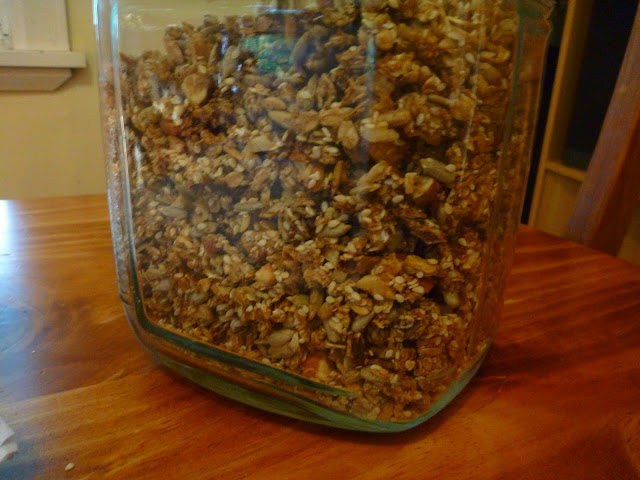 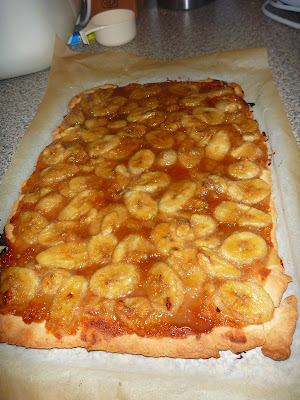 And here's the caramel banana "tart". I didn't have puff pastry so I just used a short crust pastry recipe and it was diviiiiiine! Went a bit crazy with the caramel.. didn't need as much but it was still way delish.

My spring roll pastry had cracked while it was frozen so it was useless.So no banana rolls.

I was going to make a banana mousse (with gelatine, cream and pureed bananas). I reeeally hate making jelly from a packet as it's just sugar+colour crap+flavour crap. I don't have agar agar flakes so it's good old stinky gelatin powder..anyway I ran out of time so I stuffed the rest in the freezer. I'll stick a pic on when I get moussing :o)
Posted by Suzi at 5:19 AM No comments:

Easter = not about bunnies

He Lives
Posted by Suzi at 3:42 AM No comments:

Some very lovely people from up the road dropped in a WHOLE bag of ripe bananas from the market this morning. 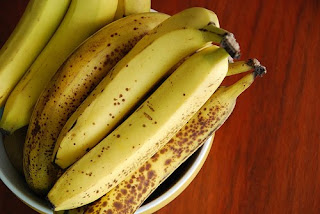 So here's what I'm going to make:  Caramel Banana Tart 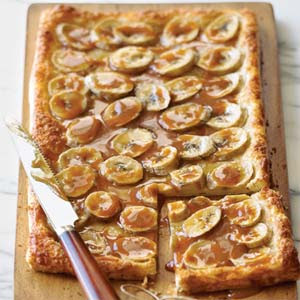 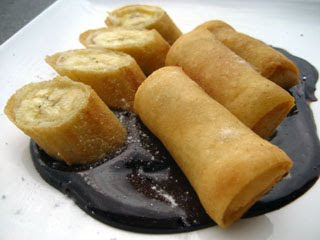 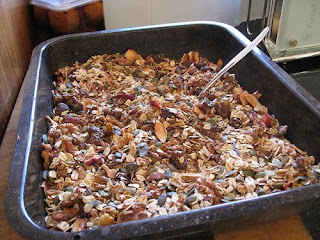 and ofcourse the simplest and most delish..


ofcourse all of this is if I can be bothered.. been up a few times with teething baby - urgh!
Posted by Suzi at 3:22 AM No comments: